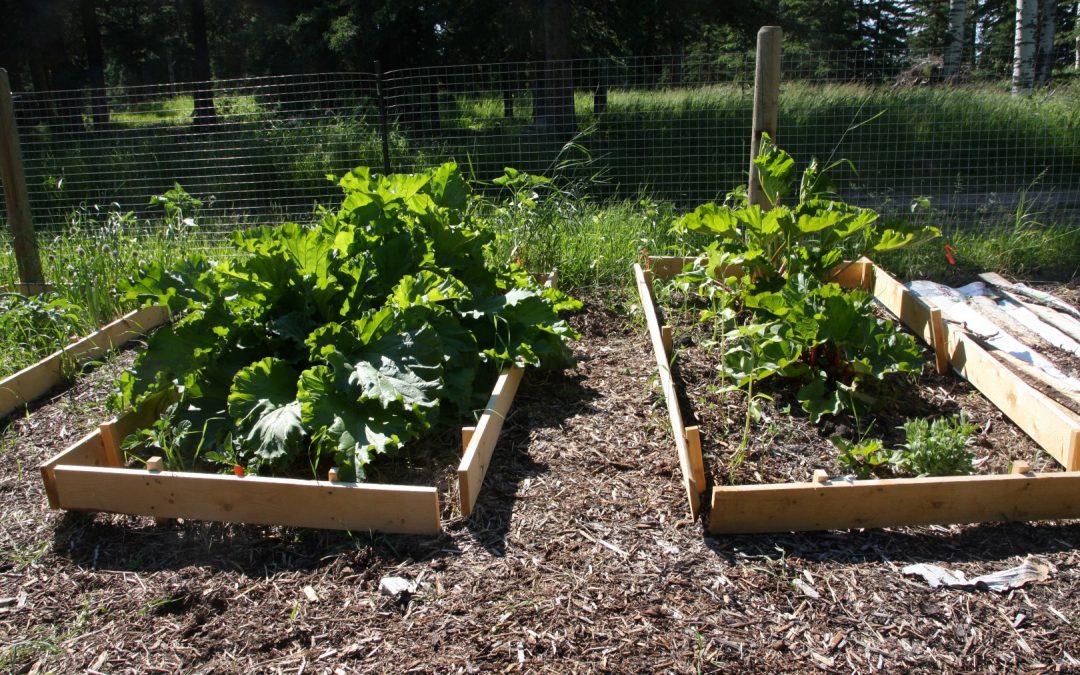 The kitchen garden is coming along! We were very late getting things planted but we’ll still get lots of produce…

The rhubarb plants are getting bigger!  We’ll make a third rhubarb bed next spring and split some of our big plants. We have been storing rhubarb in the freezer.

The potato plants are sizing up!  They seem happy.

The garlic is also getting bigger.  We planted it last spring and have been eating the scapes for a couple of weeks. We are hoping to dry and store it for part of the winter.

The hostas also mostly survived the winter!  We only lost a few plants.  Some of the hostas have now been moved to their new job of shading the ground around the apple trees.  It’s our experiment to stop the grass from coming in (in addition to the daffodils).  We saw the hosta idea on the Miracle Farms documentary (https://miracle.farm/en/).  We’ll do a blog post later as to how well the hostas are growing around the apples.

We just acquired some more walking onions.  We should have a full bed of those in a couple of years!  Let us know if you want some bulbs to plant your own.

Our sunflowers are also growing!  We lost about 15% of the sunflowers to the caterpillar (we think) that came through this spring.  We had large numbers of moths for a few days but it seems to have died down.  Hopefully the sunflowers can continue to grow and the aspen can recover.

While the garden may look like it has a lot of grass, we have been spending hours every week trying to remove it.  We have 3 different strategies to attempt to stop the grass from coming in from the sides. We’ll see which one works best!  We are, overall doing much better with weeks this year.

Why don’t we have more variety?  We get asked that a lot…  Mostly we stick to things we know will grow and things we can trade for other vegetables.  Our garden is a fairly harsh environment (we are still zone 2b!) so lots of things just don’t grow well outside.  We also have huge numbers of predators (from insects, to little animals, to big animals, to birds etc.).  We tried growing beans, peas and squash outside – all a failure. 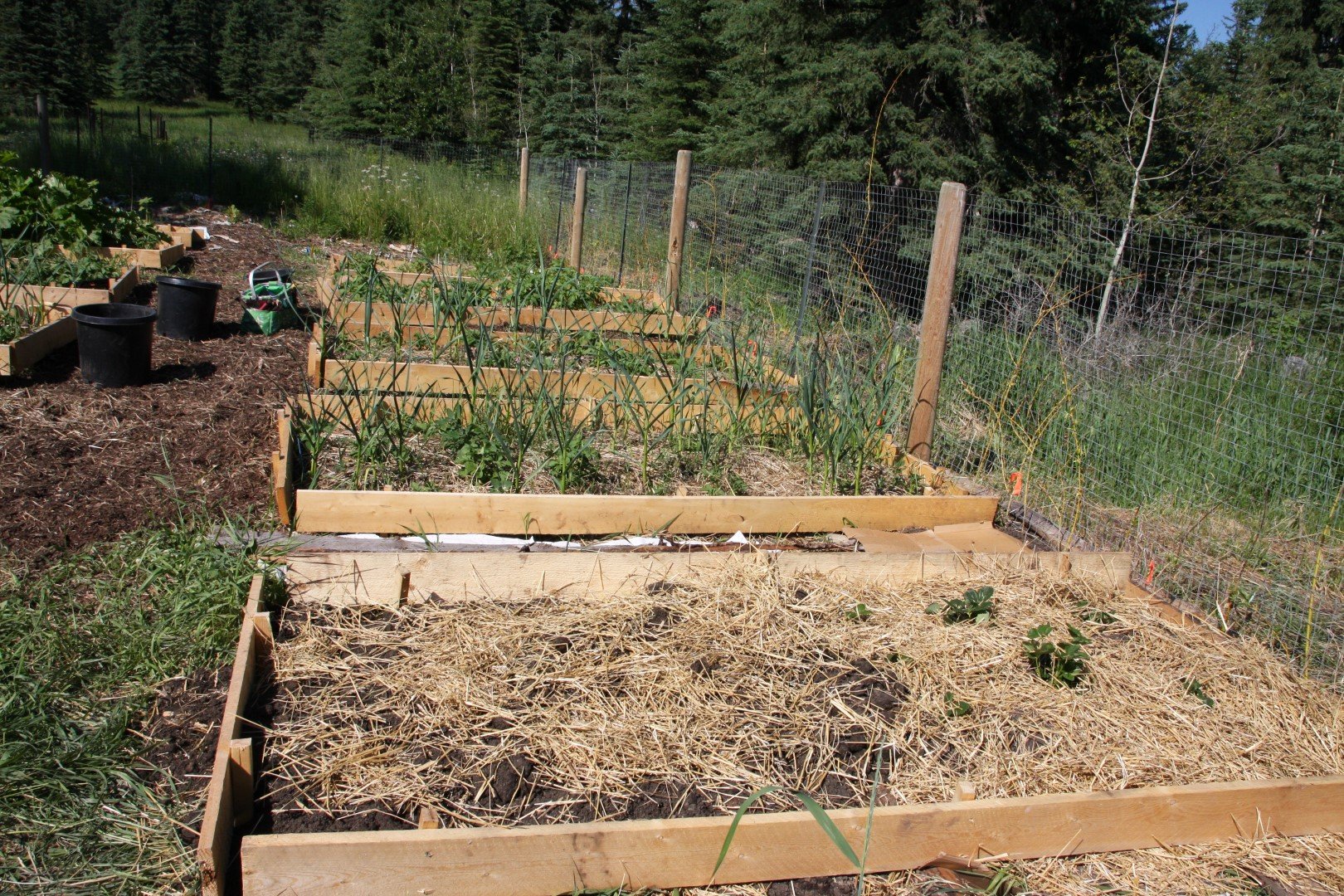 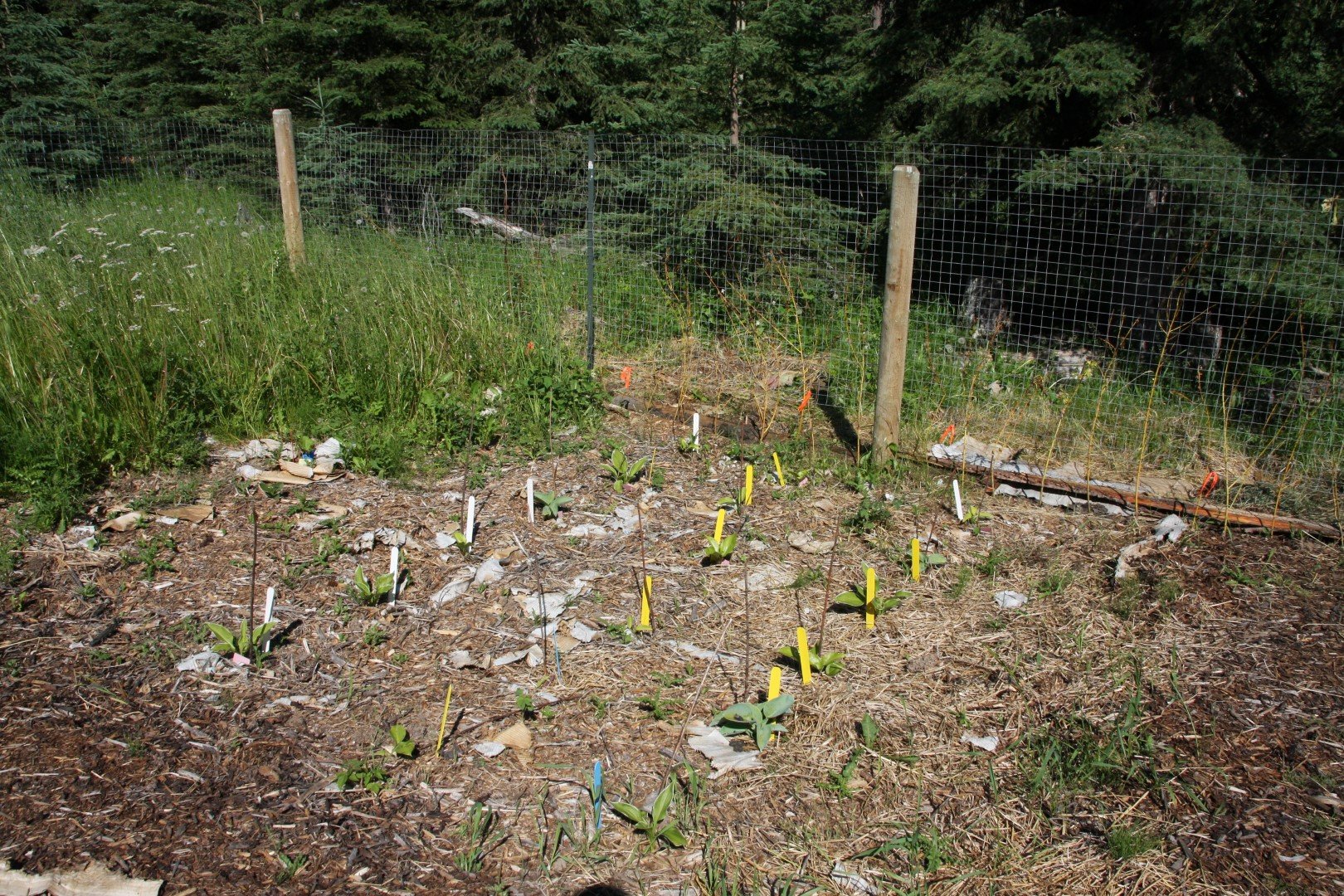 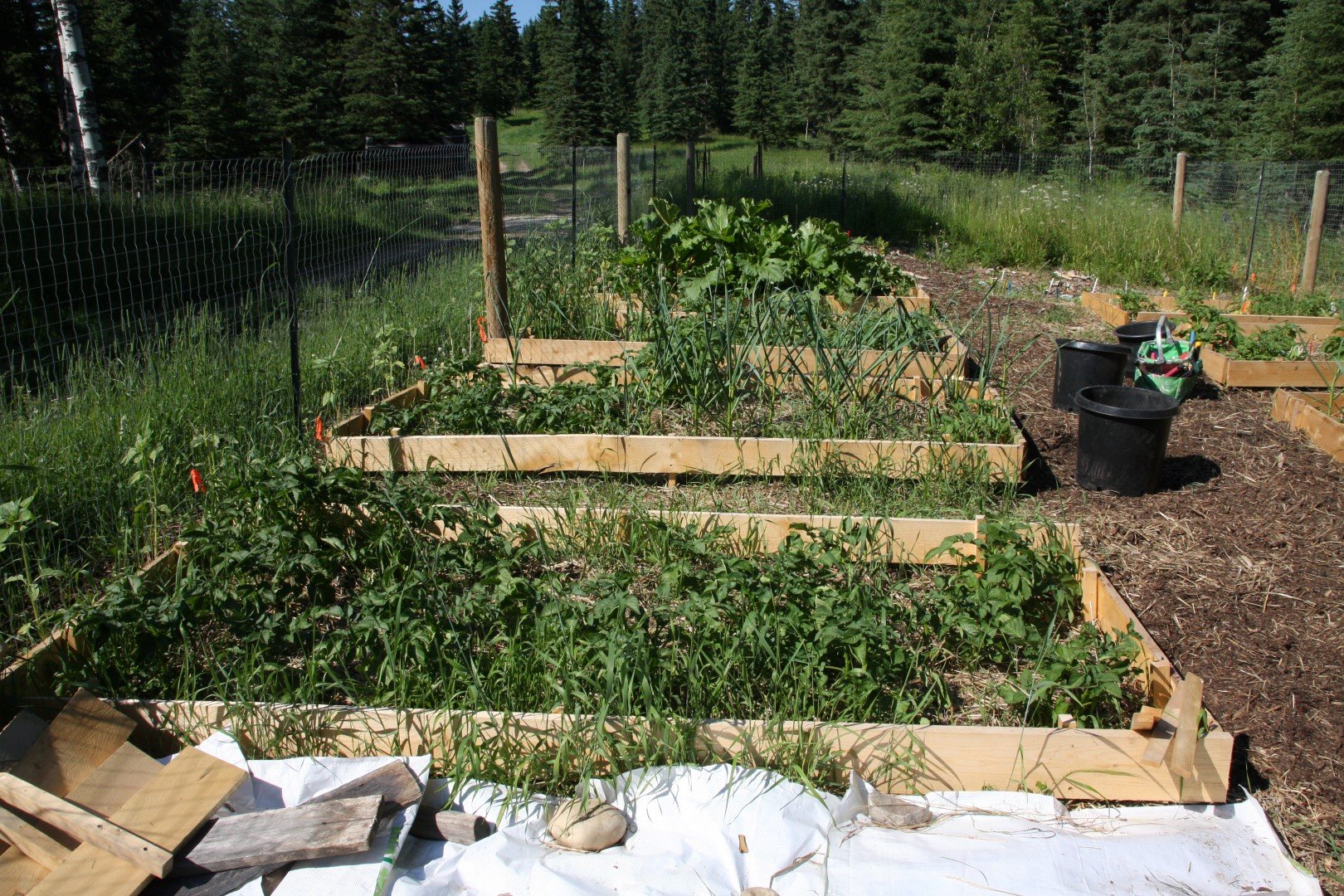 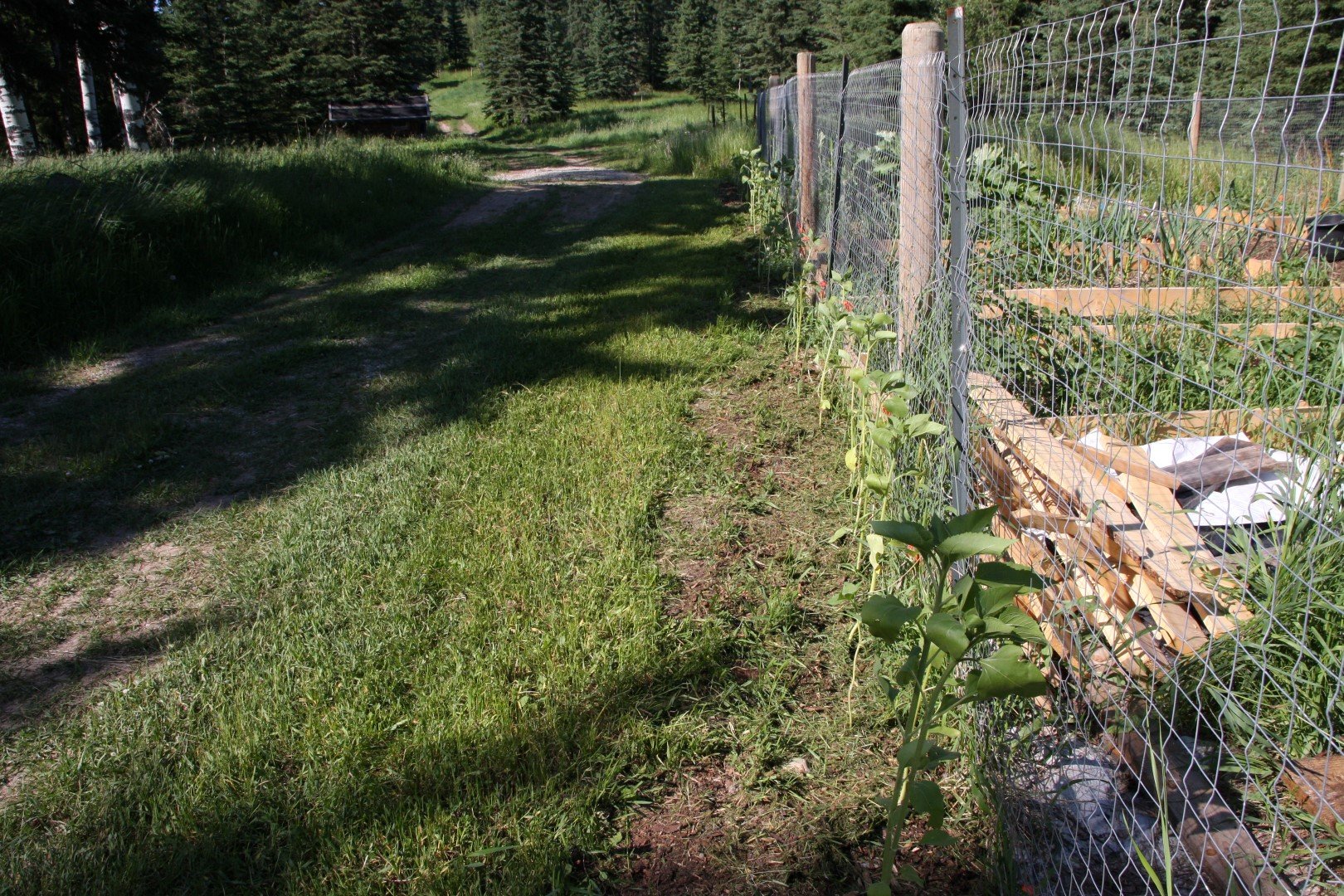